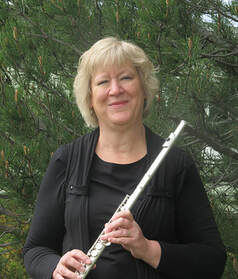 Susan Makeever is the principal flute of the Bozeman and Billings Symphonies, the Intermountain Opera, and the Montana Ballet Orchestra. She is a member of several chamber ensembles, including the Yellowstone Chamber Players, Kreutzer Trio, and Flutes and Friends. Sue was invited to tour Brazil with the Kreutzer Trio in 1998, as part of a United States Department Grant. She was also a soloist with the Muir String Quartet in 2005. Sue has taught at the Red Lodge Music Festival, Rushmore, Northwest, and Illinois Summer Music Camps. Susan earned a Bachelor of Science Degree in Music Education from the University of Illinois, a Master of Music Performance from Northwestern University, and completed all her course work and recitals toward a Doctor of Music from Florida State University. She has studied with Geoffrey Gilbert, Walfrid Kujala, Charles DeLaney, Kenton Terry, Jacob Berg, and Mary Louise Poor. She has attended master classes with James Galway, at the Royal Irish Conservatory in Dublin, Ireland, and Jean-Pierre Rampal, at the Academie d'Ete, in Nice, France. Before coming to Montana, Sue taught at the University of North Texas. 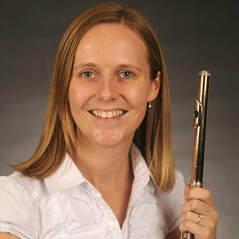 Dr. Jennifer Cooper has presented performances and clinics in Brazil, Austria, England, Ireland, Canada, and across the United States. She has served as flutist with the National Academy Orchestra of Canada, Orchestre de la Francophonie Canadienne and Cave Run Symphony Orchestra, KY, and has performed with Huntington Symphony, Richmond Symphony, and West Virginia Symphony Orchestras. Jennifer is a laureate of many competitions including the William C. Byrd Young Artists Competition, Gilbert/Feld Prize for Woodwind Duo (RNCM), the Elora Festival Young Artists Competition, Pittsburgh Flute Club, Claude Monteaux Flute Competition, and the Cincinnati Flute Symposium. Her research on Canadian Music for Flute has been published in the British Flute Journal, Pan, and she has recorded CD's of Canadian Flute Octets, Flute Quartets as a member of Quartet Laurier, Canadian Flute Duos, and a recording with Awea Duo on Lei Liang’s chamber compilation, Bamboo Lights.

​Jennifer received her doctoral degree from the Cincinnati College-Conservatory of Music, MMus from the Royal Northern College of Music, and BMus from Wilfrid Laurier University, Ontario, Canada. She has served on faculty as Assistant Professor of Flute and Music History at Morehead State University, KY, and has taught at Lutheran Summer Music Festival and Academy, and as a member of the KIIS consortium in Salzburg, Austria. She currently teaches flute in Missoula, MT and performs and tours as flutist with Awea Duo. Cooper is a Powell Flutes Performing Artist. 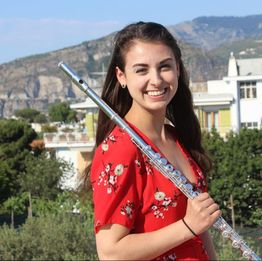 4:30pm - 5:30pm
Become A Practicing Expert: How To Reach Your Goals! - Emily Nazario
​
​Emily graduated with a Bachelor’s of Music Performance in 2015 from Ithaca College, where she studied with Dr. Wendy Mehne and Mary Kay Robinson. Additionally, Emily spent a semester abroad in Amsterdam where she studied at Conservatorium van Amsterdam. She is currently pursuing a Master’s of Music Performance at the University of Wyoming under the tutelage of Dr. Nicole Riner. Emily has played with many ensembles including the Ithaca College Symphony Orchestra and Ithaca College Wind Ensemble. She performed as principal piccolo with the Ithaca College Wind Ensemble at Alice Tully Hall in 2015. Emily also attended Marrowstone Music Festival in Bellingham, Washington the summer of 2013, where she played under the baton of Gerard Schwarz and Dale Clevenger of the Chicago Symphony Orchestra. Emily is currently a member of the University of Wyoming Symphony Orchestra and Wind Symphony. In her free time Emily enjoys hiking in the Snowy Range close to Laramie, cooking healthy meals, and traveling to new places. 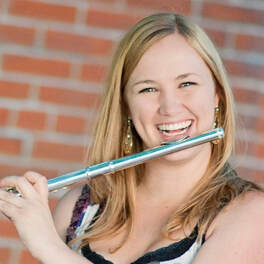 12:45pm - 1:45pm
Etude of the Week - LIVE with Katy Wherry
​
​Katy Wherry is a flutist whose passion for varying genres of music has provided her with opportunities to collaborate with outstanding musicians and give performances around the globe. Katy has studied with distinguished flute players such as Sir James Galway, Lady Jeanne Galway, Brook Ferguson, Michelle Stanley, Alexa Still, Pam Endsley and recently received her Masters degree in Flute Performance from the University of Colorado at Boulder under Christina Jennings.

At the Galway Flute Festival in Switzerland in 2014 Katy was the winner of a new Haynes head joint.In 2010, she was a winner in the University of Denver’s solo honors competition and also won first prize in the Lakewood Symphony Sister Cities Concerto Competition. Katy performed the Ibert flute concerto as a soloist with the Lakewood Symphony Orchestra, and travelled to England where she gave recitals throughout the country.

Katy has experience performing with multiple symphony orchestras, including principle flute of the Colorado Youth Symphony, the award winning Lamont Symphony Orchestra, the University of Colorado Wind Symphony and String Orchestra and as a soloist with the Lakewood Symphony. She is currently a member of the steel drum ensemble Pan Nation, with which she plays both flute and pan. This band performs numerous styles of music, including many original works. She is a featured soloist on their newest EP “Altered Perception”.

Katy's passion for teaching has helped her to maintain a studio full of talented flutists, ranging in age from 8 years to 70 years. Her experience with different styles of music as well as years of experience teaching people how to use their computers at the Apple Store, has provided her with a unique ability to cater to a wide variety of learning styles.